When it comes to DIY, plumbing is dangerous territory. The cost of a mistake could be a flood of biblical proportions.

But there are a lot of plumbing jobs that can be safely handled by the average DIY-er, and knowing your way around the plumbing of your own home can save you splashing out.

One of the major headaches of plumbing DIY is understanding the different kinds of pipe fittings. When you’ve got valves, elbows, and nipples to contend with it starts to feel like you’re doing the whole hokey cokey.

Pipe fittings are at the heart of any plumbing system. They’re required every time your pipe turns a corner, or the size of your pipes changes in diameter.

So if you’ve got pipe dreams of plumbing DIY, getting to know the plumbing pipe fittings is a great place to start. Let’s take a look.

There are enough types of plumbing pipe fittings to make your head spin. Let’s learn how to tell your barrel nipple from your barb.

Fitted with both male and female threading, adaptors let you connect different pipes together and they’re great for extending piping systems, transitioning from piping to tubing, or finishing a pipe run.

You even get adaptors without any threading at one end – in this case, you can solder, weld or even glue your pipe in.

Adaptors are common in both water and gas piping systems and they can withstand seriously high pressure so there’s never any danger of springing a leak. They’re usually made of metals such as steel, copper, brass, or aluminum, but you find them made of rubber and tough polymers too.

Like adaptors, union fittings have a male end and a female end with inner and outer threading. What distinguishes union fittings in the nut which makes installation – and deconstruction – particularly easy.

Union fittings are found in all contexts where the fitting might need to be removed or replaced. They’re easily detachable and run to risk of damage to the pipes when removed from the system.

Thanks to the nut, they’re also pretty easy to install and handy anytime you want disassembly to be a possibility. Depending on where you’re using them, they’ll be made from a range of metals, plastic, PVC, or rubber.

Nipples are another common adaptor, found anywhere that pipes are being connected either to each other or to appliances such as boilers and water heaters.

Nipples have two male ends with threads on the outside and they’re usually built from hard wearing metal – copper, brass, aluminum, or steel. You do find them made from PVC too.

Nipples are so common that there are quite a few kinds. These include:

Barb fittings have a male end on one side of the fitting and a tapered and spiked conal section on the other end.

When a hose or tube is fitted over the barbed end it expands over the tapered spikes and then, once fitted, contracts around the spikes. This forms a tightly sealed connection.

Because they’re only sealed by the physics of the connection, these adaptors can’t handle high pressure and are generally restricted in use to gas, air, and water controls where there’s only low pressure. The connection is also difficult to release without damaging the pipe or tubing that’s connected to the barbed end.

In a plumbing context, plastic barbs are optimal for cold-water uses while brass barbs are better when you’re dealing with hot water.

A coupling fitting looks like a union fitting, only without the hexagonal nut.

The absence of a nut means that disassembly of the connection usually involves some damage to the piping – for this reason, they’re generally better in contexts where you don’t plan on replacing or repairing any component.

Tees are a three-way fitting that forms a T-shape, and they allow a pipe to branch at 90 degrees. They can be used to divide pipes or combine two pipes into one if the flow is reversed.

You can find straight tee fittings for pipes that are all the same diameter as well as reducer tees which enable the connection of pipes of varying diameters.

Tees are made from all sorts of materials, from metals like copper and brass to PVC, plastic, and rubber.

These four-way fittings are similar to a tee fitting with an additional connector. They usually have one inlet and three outlets to allow a single pipe to divide multiple times.

Generally, cross fittings will either have female-ended threads or unthreaded ends for welding or gluing.

Because the open space in the middle of a cross fitting is prone to expansion under temperature fluctuations, cross fittings aren’t used in contexts where hot water will be part of the system.

Saddle tees are a variation of the tee fitting and with the curved U-shape, their shape really is reminiscent of a saddle. They’re generally only made from PVC and utilized in a few specific contexts.

Saddle tees allow you to add a tee fitting to a pipe without the need to cut the pipe or resolder a fitting. You attach the saddle tee and then drill into the original pipe to add the fitting.

Saddle tees are popular in systems where you might need to add extra lines at will, such as in irrigation.

Wye fittings have an additional outflow extending at a 45-degree angle from the fitting (forming something of a Y-shape) and are used to divide pipes in any context where the right angle of a tee fitting would create too much turbulence.

The gentler angle of a wye fitting reduces friction and turbulence in the flow. You’ll find these fittings in your guttering, connecting horizontal pipes to vertical ones with the use of some elbow fittings (which we’ll come to soon).

Elbow fittings are designed to change the direction of flow and have the inflow and outflow fitting set at angles, either 45 degrees or a full 90. The flow can therefore take a right or left turn or move from flowing horizontally to vertically.

Elbows can be found threaded or sweated (where the outer diameter is slightly larger, allowing the pipe to be placed snugly within). You also get elbows that require welding.

Flanges are fittings with a strong circular base around the connection. Pipes are threaded or welded to the central hole of the flange and then the base is connected to another flange with bolts, sealing them together.

Flanges create exceptionally strong fittings and are prevalent in industrial contexts, thanks to their ability to handle the highest pressures. In a domestic context, flanges are used to connect the drainage pipe of the toilet to the basin. These are called toilet flanges, or closet flanges.

Caps and plugs are used to seal the end of an open pipe and they create a water-tight seal at the end of the piping system.

Caps can be designed to be mounted through female threading or through gluing and welding, but either way,

Caps come in all shapes and sizes – circular caps being the most common, but square and hexagonal caps are often found. And they’re made from many materials from metals to plastic or rubber.

Valves are fittings that let you turn on and off the flow of water or gas – you also find valves that allow you to regulate the flow rather than simply switch it on and off.

There are several types of valves all categorized by how you use them:

It’s rare to find a valve made out of anything other than metal because they have moving parts and need to be hard-wearing.

Mechanical sleeves offer a shortcut to connecting two pipes and they tend to be made of rubber fitted into a stainless steel clamp.

Thanks to the materials, they’re flexible as well as easy to install and they’re often used in circumstances where a more rigid fitting won’t fit.

Bushings are small fittings that play a similar role to union and coupling fittings. The main difference is that they tend to be used with pipes of smaller diameter; they’re commonly used to connect pipes of different sizes and for this reason, they’re also referred to as reducer bushings.

Reducers let you connect pipes of varying diameters and by doing so change the rate of flow. We’ve already seen reducer bushings and reducer tees, but it’s worth identifying reducers as their own category of fittings.

In fact, there are two common types of reducers out there.

Because reducers are subjected to higher pressures, they tend to be made from metal – usually steel or an alloy.

Cleanouts are fittings with a removable hatch that allow access into the piping. They’re common in drainage systems and found behind your dishwasher and washing machine.

As well as having openings for inflow and outflow, cleanouts have a third point which usually features a female threaded end and plug for access.

If you’re installing a cleanout, make sure you place it somewhere accessible, so you can make use of the cleanout when you need to access the drainage system. These fittings are usually made of plastic or PVC and they’re common in domestic settings, whereas larger plumbing systems sometimes contain multiple cleanouts along one line.

Combo tees are a hybrid of a tee and a wye. They feature a gently curving central branch that can direct waste better, reducing the risk of clogging drainage networks.

The curve of the combo tee is also more amenable to plumber’s snakes and so they’re widely used in waste systems. They’re almost always made out of plastic.

Olet fittings, also known as branch connection fittings and outlet fittings, are welded steel fittings that give you an outlet to connect a larger pipe to a smaller one.

Diverter tees were used in old hot water heating systems and allow water to continue to flow through the mainline while the flow is stopped in the branch coming off the tee.

Nowadays they’re found in pressurized hydronic heating systems. Out of all of the fittings here they’re probably the toughest to install – they’re directional, meaning they have to be installed facing the right way.

Working on your home plumbing system requires that you know which fitting to use and when – and you also need to know which material to choose, from PVC to brass or copper.

But once you know your plumbing pipe fittings you’ll be tee’d up to tackle the DIY jobs.

And now you know your mechanical sleeves from your saddles – so giddy up, cowboy! It’s time to check out your pipes. 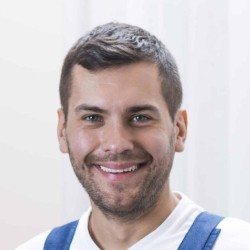